Innovation in Logistics: How New Technologies Reshaped the Logistics Industry A few decades ago, finding a smartphone connection in India was more difficult than finding a person. Truck and heavy-vehicle drivers would travel even a thousand kilometers to deliver products without any offline or online support. Despite these challenges, the logistics industry has always demonstrated enormous potential and sustained expansion. However, in terms of technological innovation, the logistics industry has been a laggard and was valued at 160 billion dollars in 2018. Many factors influence the stated technological growth and innovation in logistics.

Here, one key issue is that around 80% of truck owners find it difficult to use technology. As a result, they are not convinced of the concept of investing in technological equipment that they will rarely use.

Thankfully after 2019, “Social-Distancing” and “Fast Internet” became the new normal. The logistics industry has started to evolve quickly. Let’s take a look at the technologies that are supporting the logistics industry and will continue to be the cornerstones of a hyper-active and tech-powered transportation system.

1. Decision-Making at a High Speed

It’s impossible to address technology without discussing the internet. India received its internet in 1995, but it had minimal impact on innovation in the logistics industry until 2015. While internet usage in logistics has yet to reach its peak, laptops, and cellphones combined with the internet are assisting us in making communication faster and easier. In addition, it simplifies and expedites coordination within cross-functional teams while providing real-time information visibility.

The Internet also allows for real-time and active decision-making. People were more dependent on calls and personal meetings before 2015 when the mobile revolution and internet services were only getting started. Even today, proper communication tools appear to travelers to be quite laborious. On the other hand, simple messaging applications are aiding communication at the grass-root level.

In the logistics sector, direct communication applications have taken the lead. However, an effective and simple technology will almost certainly be adopted quickly because of the previous and ongoing innovations in logistics.

Currently, millions of truckers remain unaffected by the digital revolution. However, they will be standing at the threshold of endless possibilities when that happens. These potentials will boost logistics into a fast-growing, secure, and time-saving industry.

Humans aren’t the only ones who use technology to communicate. Because the internet is “the entrance to numerous possibilities” as devices can communicate with one another.

FASTag will soon be a cashless payment method for tolls and other services, such as fuel. The government has saved a lot of money on the execution of FASTag, which includes fuel costs and downtime.

FASTags communicate with the banks, toll gates, and service providers all at the same time. In addition, however, they communicate with invoicing systems to aid automate toll expense management at a deeper level.

By 2025, Indian vehicles will have advanced ECUs to manage the engine and mechanical vitals if innovation in logistics continues. In addition, we’ll be able to use tire pressure monitors, gasoline and oil sensors, digital locks, location-based sensors, alcohol influence detectors, and cabin monitoring sensors for added safety. Anti-theft systems, augmented reality-assisted night driving, anti-collision locks, truck-specific navigation, digital route memories, and other features can all add to the value chain.

Barcode is perhaps the most underappreciated technology. Possibly, this is why there isn’t much written about its significance in the future of logistics. In some ways, barcodes serve as a bridge between the physical and digital worlds. While all of the advanced sensors and software will assist us in multiplying our growth rate, the barcodes will truly make the delivery happen. When many products are ready to be shipped, they are stored in warehouses.

A barcode effectively serves as the product’s UPI- a unique physical identifier. In addition, these barcodes may include information about the route, type of goods, warehouse(s), etc. The second layer of barcodes, known as identifying, is located here. Then, numerous layers of identification barcodes converge into one item.

As the warehouse business expands quickly, barcodes will need to become more user-friendly to integrate quicker in printing and ensure long-term economic viability. As a result, barcode technology companies will concentrate on developing complicated hierarchical, trackable, and tamper-proof bar codes.

In India, many truckers are not counted in the formal economy. Although lending in the commercial automobile industry has only recently begun to acquire traction, banks remain risk-conservative in their approach due to the system’s unpredictability. The fact that truckers have no or little credit history is why they don’t meet the financing standards. However, as more software solutions and sensors are introduced, the industry produces more data. Banks use it to assess the risks of lending to a specific business.

Due to the lack of data, this research was impossible until just five years ago. However, every technology we use now will leave a legacy that will empower truckers in the future. As the company grows or begins to pick up speed, the proprietors will look for ways to raise capital. Even if today’s business lending market is confined to working capital and financing trucks, many more financial services may emerge in the future. As a result, adopting innovation in logistics will make it simpler for banks to reach out to truckers and encourage them to become financially included.

Technology plays a critical role in making trucking more dependable and safer. The natural byproducts include time efficiency, transparency, discipline, crew, company success, the safety of the goods vehicle, and a competitive edge. Although digital technologies are the wave of the future, proactive deployment has the potential to turn the tide in this situation. 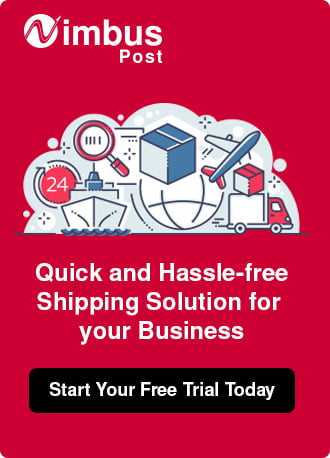